Checkin' out the Ave

Checkin' out the Ave
Give 'Em The Finger

[Chorus: x2] Gotta check out, the avenue Got, ta, check out.. the avenue [Pudgee] Livin in the big city, not just New York, every hometown Has a place where things are known for goin down Where you can learn a lot of things that you shouldn't know It's a place where people tell ya that ya shouldn't go All the kids that go dere they end up misled Cause of a hardhead, some of 'em turn up dead Mothers cry as they identify their child y'know In the morgue wearin a tag on their big toe I'm sayin listen you should go to school and learn But fast cash and respect is what you wanna earn So you stand for days and days on the ave To make enough to get the things that you didn't have Gettin five for the vial, some two for seven But losin out on your childhood's what you're really gettin But if that's the way you get respect I pity you Checkin out the avenue [Chorus] [Pudgee] Second verse y'all, I'll catch you on the go around Livin in the big city, the big city is where I come from Not the slums but where poor is many more than none A young man grows up and then grows to rump With the girls wild now got a child and he's stuck Dirt poor hits the block he's sellin the rock Gets nabbed by the cops, hits the cell block Listenin to Lou Rawls while lookin at the blue walls Of a jail cell, cause he tried life and he failed So now the hardest job is keepin a smile Stay in line for survival in the penile This is your worst nightmare, how cheery it isn't None of your family or friends don't even come to visit So you're forced into a line of behavior Cause you don't wanna catch scars from a razor And it's your fault you couldn't make it, I pity you Checkin out the avenue [Chorus] [Pudgee] Checkin out the avenue.. Checkin out the avenue.. (check it out) The city never sleeps I stay awake 24/7 days a week Thinkin bout all the things that I consider deep Literally ladies live life lonely, singin the blues And to make matters worse, the eye witness news From anything to everything that's under the sun What's next? A mother usin her son for sex? Bad lives, battered wives hidin they black eyes And then they decide their husband has got to die She's on trial, there goes another broken family Unless she gets off on temporary insanity Then there's a single mother, her man deserted her Two year old grows up to be a mass murderer There ain't nobody around that's left to raise 'em straight There ain't nothin we can do but sit back and wait A sad life to live, some pity me too Checkin out the avenue [Chorus x2] 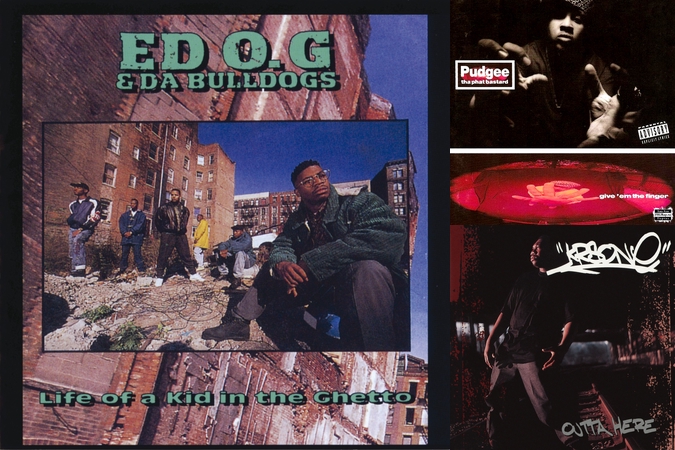