(instrumental) Album notes: Head Hunters is an album by Herbie Hancock, released in 1973 on Columbia Records. The album is a key release in Hancock's career, and also a defining moment in the genre of jazz fusion. The album was released after Hancock's sextet had released a series of experimental albums (Mwandishi (1970), Crossing (1971), Sextant (1972)) and Hancock was looking for a new direction in which to take his music: "I began to feel that I had been spending so much time exploring the upper atmosphere of music and the more ethereal kind of far-out spacey stuff. Now there was this need to take some more of the earth and to feel a little more tethered; a connection to the earth....I was beginning to feel that we (the sextet) were playing this heavy kind of music, and I was tired of everything being heavy. I wanted to play something lighter." (Taken from Hancock's sleeve notes from the 1997 CD reissue) For the new album, Hancock assembled a new band, The Headhunters, of whom only Bennie Maupin had been a sextet member. Hancock handled all synthesizer parts himself (having previously shared these duties with Patrick Gleeson) and he decided against the use of guitar altogether, favouring instead the clavinet, one of the defining sounds on the album. The new band featured a tight rhythm and blues-oriented rhythm section, and the album has a relaxed, funky groove that gave the album an appeal to a far wider audience. Perhaps the defining moment of the jazz-fusion movement, the album made jazz listeners out of rhythm and blues fans, and vice versa. There is far more more rhythmic, harmonic and melodic freedom on the album than would be found on a 'typical' funk track, and the track lengths ("Chameleon" weighs in at 15:41, and the rest are all between 5 and 10 minutes) allow these freedoms to be explored and developed. Of the four tracks on the album "Watermelon Man" was the only one not written for the album. A hit from Hancock's hard bop days, originally appearing on his first album Takin' Off, it was reworked by Hancock and Mason and has an instantly recognisable intro featuring Bill Summers blowing into a beer bottle. The track features heavy use of African percussion. "Sly" was dedicated to Sly Stone but is in no way derivative of Sly's work. "Chameleon"" (the opening track) is another track with an instantly recognisable intro, the very funky bassline being played on an ARP Odyssey synth. "Vein Melter" is a slow-burner, predominantly featuring Hancock and Maupin, with Hancock mostly playing Fender Rhodes electric piano, but occasionally bringing in some heavily effected synth parts. At the time of its release it was the best-selling jazz album of all time, and it still sounds fresh and funky today. It has been an inspiration not only for jazz musicians, but also to funk, soul music, jazz funk and hip hop artists. 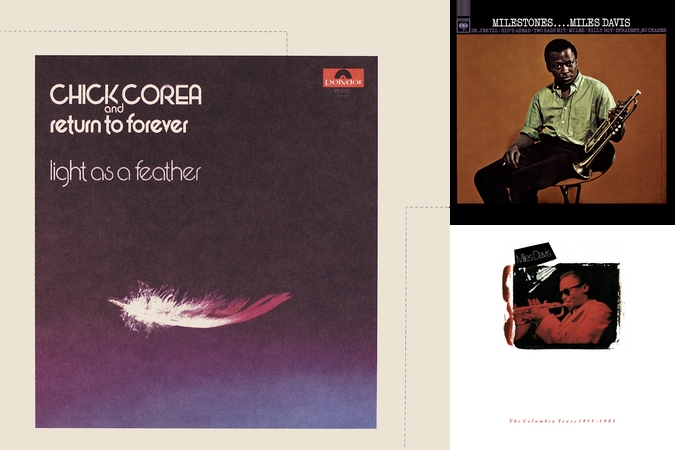